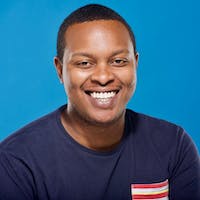 Subscribe to my newsletter and never miss my upcoming articles

Python is a loved language. It's easy to get started with, it almost looks like English and the dynamic typing makes development a lot quicker. However, if you've worked with Python, you've probably noticed some strange behaviour with its dictionaries and lists. For my first blog post, I'll try to demystify these as fast as possible!

Objects are a collection of data and methods that act on that data. Everything in Python is an object, including lists and dictionaries, meaning they all inherit from Python's object class.

Variables, in general, are labelled containers carrying data in your program. Variables in Python aren't technically containers, they are references to the container in your computer's memory actually holding the data in question. This is similar to pointers in C and Java.

Mutability refers to an object's ability to be changed after it has been created. Mutable objects can be changed after they're created while immutable ones cannot. Lists, dictionaries and sets are mutable Python objects. Integers, floats, strings, booleans and tuples are immutable Python objects. To demonstrate mutability, let's examine string and list behaviour. While both are iterables supporting indexing, strings are immutable.

Say you want to make a copy of a list, dictionary or set. Your first thought would probably be to write the following code:

We expect the copy to remain unaffected, but that's not the case. Here's what actually happens:

Remember when we said variables hold references to the memory container? my_list holds a memory reference to where the list ['a', 'b', 'c', 'd'] is stored. The assignment my_list_copy = my_list just copies the reference to the list, not the actual list. When we then add the element 'e' to my_list, it adds it to the referenced list that my_list_copy also refers to.

You could use the object's constructor to create an entirely new object:

Use the copy utility

The copy function does a shallow copy, which means it does not create new objects for the nested items. The deepcopy function does as its name describes, copies nested objects as well. Keep this in mind and choose the appropriate one depending on your use case.

Python functions allow declaration of default arguments. These are convenient when we don't expect the caller to always supply a certain argument. Let's play with the simple function below which optionally takes in a list and returns the same list or an empty list if no list is supplied:

What if we did a few modifications to our returned list my_list then called my_func again? We expect it to return an empty list if it's called without any arguments right? False!

A new object needs to be created every time the function is called without any arguments. We achieve this with the following pattern:

This guarantees that a new object is created every time the function is called with no arguments.

This mistake creeps up on even experienced Pythonistas. Let's consider the example below:

If you run that code, no exception is thrown, but the program will eventually output 'a' infinitely. This is because you're adding elements to the original list being iterated upon.

Dictionaries throw an exception when mutated during an iteration:

Sets also throw an exception when mutated within an iteration:

My intention isn't to scare you from using mutable objects, but to make you aware of their shortcomings when working with them. I hope this post saves you a lot of debugging time!

Drop a comment if you've got more gotchas you've come across and we can dig into them!